Freemasonry promotes unity and tolerance among all men and does not discriminate against any religion. The principles and practices of Freemasonry are compatible with all compassionate religions that teach respect for the deity and tolerance towards one’s fellow man. If anything Freemasonry complements the philosophies of these faiths. There are many practicing Catholics and Jews who are Freemasons. 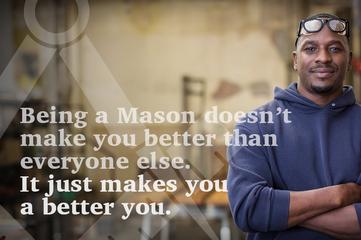 Freemasonry is one of the world’s oldest and largest fraternal societies. It provides a code of living in today’s society based on moral and ethical standards. Freemasonry is an organization of men who strive to live by the fundamental principles of integrity, goodwill and charity. It is a non-profit organization that is heavily involved in supporting charity and community service.

Freemasonry is a society that unifies men of high ideals, regardless of color, creed or worldly status.

Is Freemasonry Anti-Semitic or Anti-Catholic? 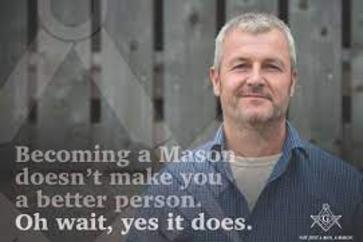 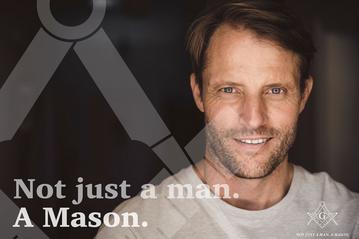 The mission of Freemasonry is to promote a way of life that binds like minded men in a worldwide brotherhood that transcends all religious, ethnic, cultural, social and educational differences; by teaching the great principles of Brotherly Love, Relief, and Truth: and, by the outward expression of these, through its fellowship, its compassion and its concern, to find ways in which to serve God, family, country, neighbors and self.

The Mission of Freemasonry

Is Freemasonry a Religion?

The so called ‘secrets’ of modern Freemasonry are used solely as a ceremonial means of demonstrating that one is a Freemason when in Lodge Meetings. The real point of a Freemason promising not to reveal them is basically a dramatic way of testing the good character of those who join – to become a Freemason requires a person to continually observe, with total sincerity, the high ideals of integrity, goodwill and confidentiality.

Is Freemasonry A Secret Society?

Freemasonry is not a religion. Freemasonry is made up of men who come from many different religions and there is nothing whatsoever in being a Freemason that conflicts with a member’s religious beliefs and practices.

However, to be a Freemason you must have a belief in a “supreme being”. Traditionally there is a bible (or bibles) in all Lodge Rooms. Provisions are made for the presence of the appropriate Holy Books, according to the beliefs of members.